Just a quick progress report type post, its rather weird having a painting project on the go, i have never completed a full army so this £30 army challenge is proving rather refreshing. I have so far  finished the non-missile toting foot troops: 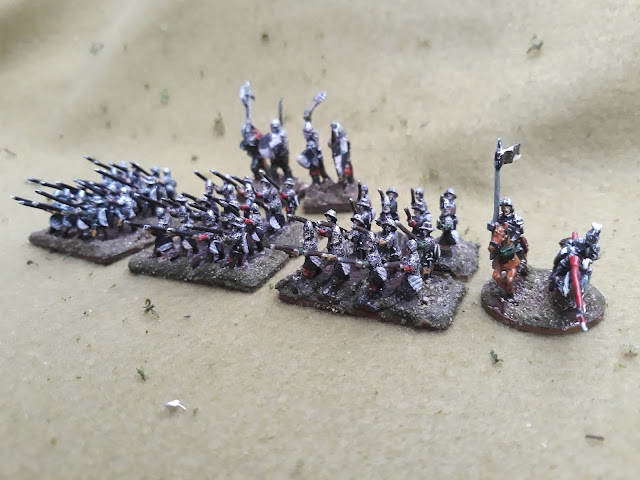 The force so far consists of 3 units of spearmen (the shafters),  Captain C.C Bathion the company commander and the power behind his double crossing/ backstabbing reign of terror: a mob of Ogres that have so far not turned on him, murdered the Rats to a man and stolen everything that's not nailed down.....yet. 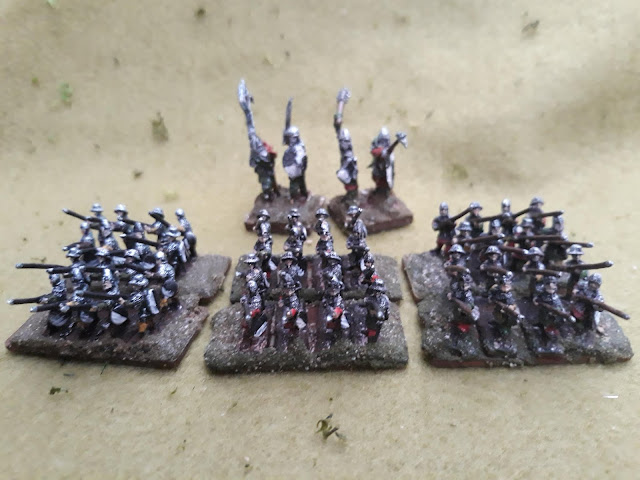 The spear troops are kallistra 12mm minis and are rather nice to paint. If you were to enlarge the picture you would no doubt see the horrors that are the individual paint jobs however at this scale it is the effect of the unit as a whole that matters (i hope!). The Ogres are...well i will let the 1:72 fans have a guess in the comments but i think they work well against the 12mm troops, they have a real sense of 'heft', like they could wade through the 'little' people!. Also they don't have that silly G.W.  body builders in armour style about them. 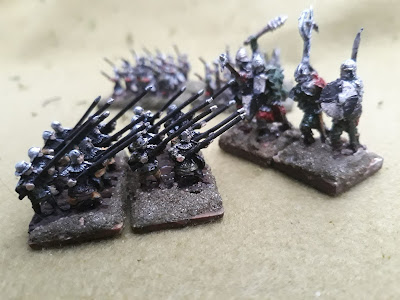 So far i have only used half the pikemen i ordered for the army as i settled on 2 bases of 8 men per unit. I think this looks good and allows me to build more forces for less, i am keeping the rest of the pikemen for an opposition force. This also means i have saved a bit of money towards the challenge!.
Hopefully i will have some more troops to show soon.