'bout time we had some Maiden!.


Yep the title of the post is actually representative of what i am about to cover, my force for the:

.....thing is painted!. This is a bit of a milestone for me as not only is it my first completely painted force since i relapsed back into daubing earlier on in the year but it is the first fully painted army ever!!!!. I feel almost proud of myself!. Here are the last two units for the army: 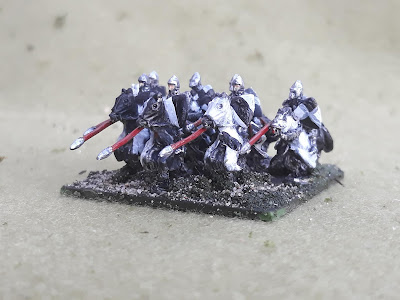 The Forces heavy cavalry made up of C.C. Bathions' illegitimate sons known affectionately as 'the Rat Bastards'. 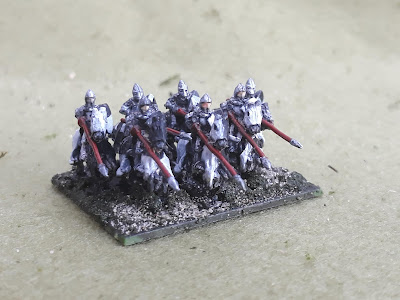 Their reputation for cruelty in battle is well known and often its the Bastards presence that sways the choice to hire the Black Rats over other merc companies. 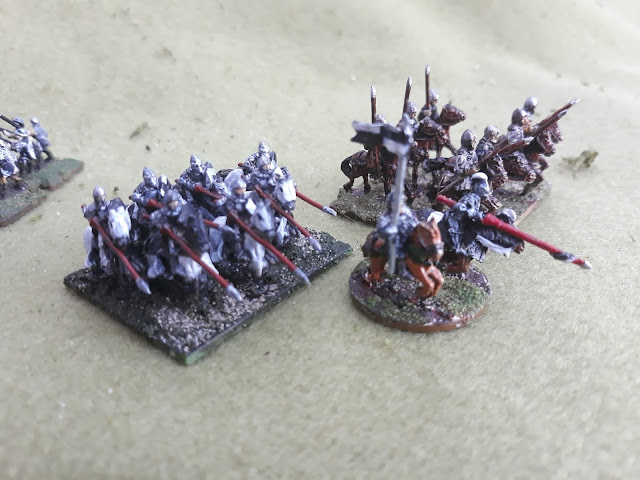 The Black Rat himself leads out his Bastard sons with the dirty rats lending support!. 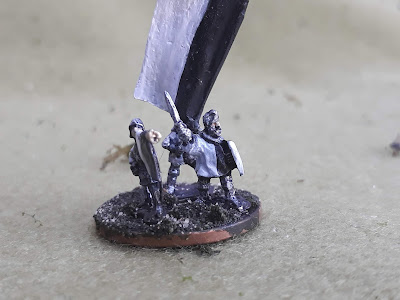 The forces 2nd in command and the leader of the rabble Sgt Christophe 'the cleaver' Grunel, the hardest, coldest officer to ever drive the fear of god into a gaggle of fresh recruits!. To say the Sarge rules the ranks by fear is the understatement of the millennia!. 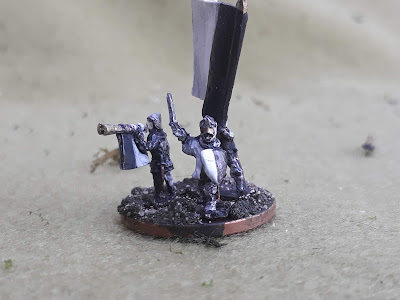 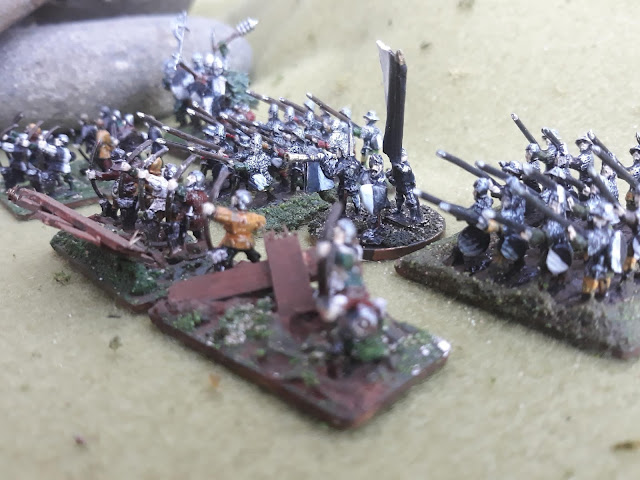 'OW MANY NECKS DO I 'AVE TO BREAK TO GET YOU SCUM TA 'OLD THIS BLOODY LINE?!!'

So yeah, with them done the force is complete: 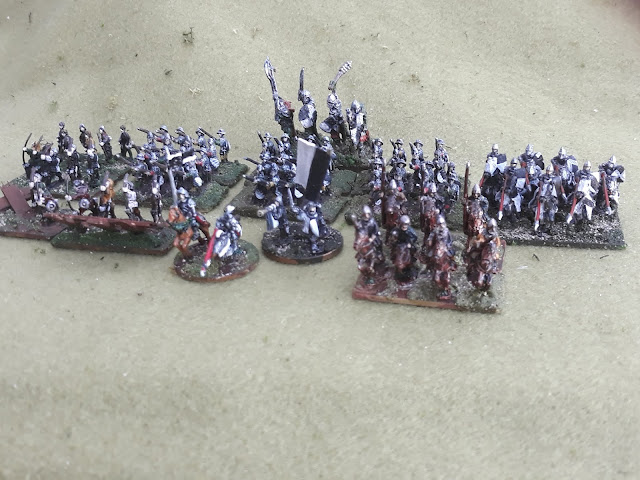 The force comprises of : 2x command bases, 3x units of spearmen, 1x unit of Bowmen, 2x units of Skirmishers, 1x unit of Knights, 1x unit of Light horse and 1x unit of Ogers.
Not too bad for 2 months worth of work and rather gratifying to see in a group photo regardless of the imperfections contained within!.

Also to reflect on the challenge as a whole it has been great to explore the idea of building an army on a tight budget and to prove that the Games Workshop (and others) pricing structure is not representative of the entire industry. Its also been great to see a few others take up the gauntlet and have a go using other scales and mediums to build some great looking forces, pretty much all cheeper than the force above!. Check out Peters paper forces in action here, Mr Maudlin Jack Tars old school 10mm Bretonians here and Springinsfelds' fine rabble of plastic orcs over here. Great work Sirs!, if anyone else is having a crack at the challenge please feel free to let me know in the comments and i will link to it, it will be great see what you have been up to.

On the subject of the price limit the total cost of the force is as follows:

I also learned to mix my own Low cost paint set during the course of the task which was fun and highly recommended!.

As well as finishing that lot I have also been working on some 20mm stuff this week, namely these chaps: 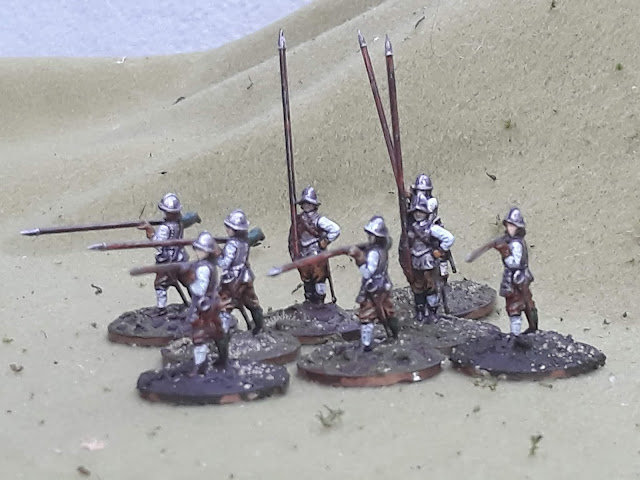 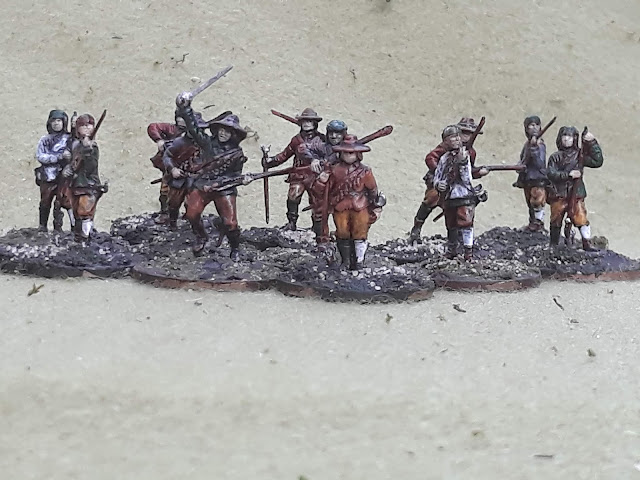 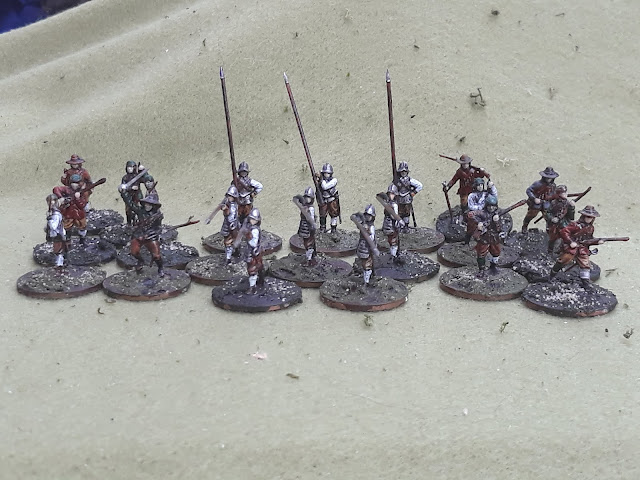 Pike and Shot of course!!.

The above are all A Call to Arms ECW minis which i have to say are a pleasure to paint. They are the start of a summer hols gaming project with the Sprinklings loosely based on old(ish)hammer forces in the best scale known to man or beast using my Blood, Guts and severed heads simple rules. The above are the foot sloggers for the 'empireish' force. More on this to follow soon!.

All that remains for today is to welcome this blogs latest vict...err, follower, Mr Stephen Beales, a hearty welcome to you sir!. I f you have a blog of your own please pop a link in the comments so us rabble over here can have a peek (we will remove our shoes and wash our hands have no fear!).

Phew things have been busy about these 'ere parts, mostly due to my annual reviews and competency assessments at work (last one monday thank the holy badgers of congrimmitt!), turns out they regularly check us meter monkeys are doing our jobs right!...good to know!. I have managed some painting in the too few periods of down time, but first:

Therapy? live at Castle Donington '94. A fresh faced 15 year old me was down the front with a massive poo eating grin on my face for the whole set!.

Now on to the latest 'chimp with a brush' style painting: 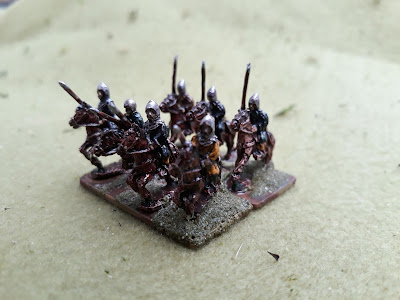 The 'Filthy Rats' foraging and ambush collective, the light horse of the Black Rats merc co. 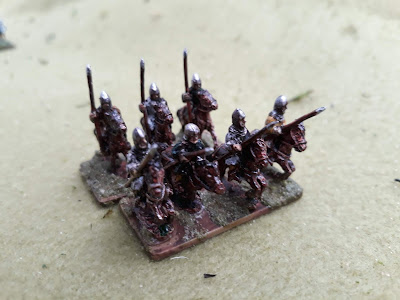 They are more 12mm minis from kallistra and were pretty fun to paint once i got my head round how best to tackle them!. 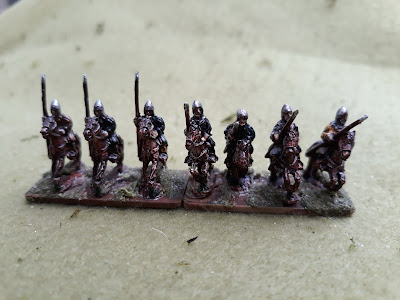 They are also my first go at horses for blinking years (about the same time as i was at the above gig in fact!). In the end i used the minis small size to my advantage and simply undercoated the whole mini dark brown and followed with a dark brown wash. I then picked out the manes and tails with black.  I toyed with the idea of  painting the tack but in the end chickened out!. 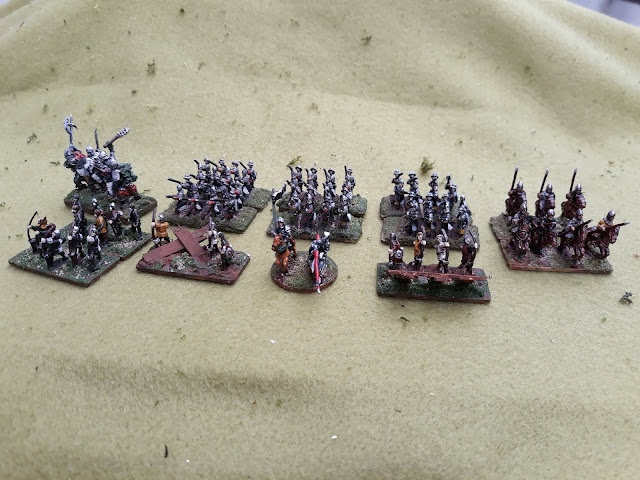 The Black Rats so far . Just a unit of Knights and maybe a foot command stand and i will be calling them done!. I will give a full breakdown of the cost of them for the £30 army thing next time out.

Speaking of which 2 good folk have already finished some rather spiffing forces for the above mentioned challenge, check out The Maudilin ones brilliant Bretonians here and The noble Peters not one but two fantastic forces of Dark age goodness here and over here. Great work fellas!. If anyone else is joining in the challenge let us know how you are getting on in the comments below!. 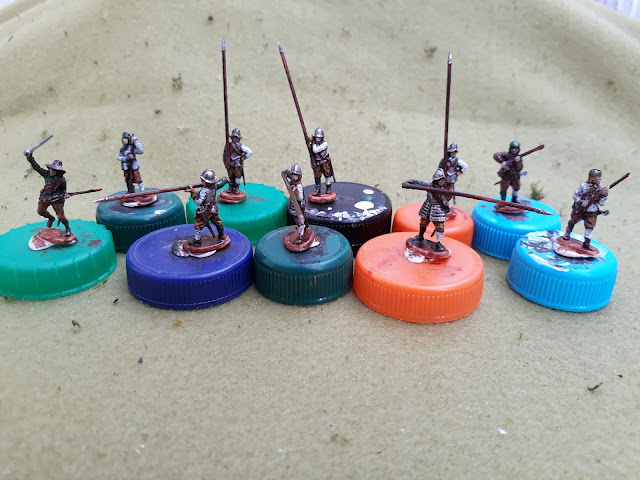