It is with a heavy heart that i deliver the following post......but first: 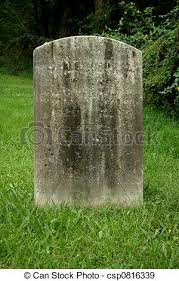 What im trying to say is that i have been taking stock of the way i have 'hobbied' since getting back into this toy bothering thing and i have realised the following:

1: I lack focus, pinballing around projects and abandoning things i have yet to properly even start.

2: I lack focu....err the bits i really enjoy are the world and narrative building and as of last year building and painting armies. I have less and less time to game and only tend to do so if i have a solid situational framework and scenario in mind.

3: When i try to do too much (narrativly speaking) i tend to burn out on an idea quickly. This leads to periods of inactivity where i cant get motivated to do anything at all.

4: I only really have a few limited periods that can hold my interest for any amount of time ( fantasy late medieval, Pike and shot and steam punk, often at the same time!!) and cant be bothered with learning countless sets of rules to support new periods. I tend to gravitate towards the same simple rules.

So with these things in mind i have decided to follow my muse (the good one, not the one that tries to tempt me with a million new things) and stick to one setting, the only one that i keep coming back to that on review most of my battles seem to be set in:

Now i realise this setting in this form has only been present in my gaming for about 2 years but if you go by the tone and feel of earlier battle reports they could be ( and i would bet subconsciously are) set here, just in a different historical period. So what i have decided to do is...... 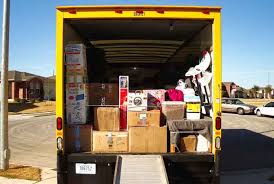 Packed up an' fuckin on!!


So i will be doing the majority of my blogging on my shiney new blog Ye olde Crivenshire Masticator which you can check out by clicking on the link. This will focus on building a single setting using projects based on different periods in the settings history, allowing me to world build and errr narrative write to my little hearts content while keeping a narrower focus. Also i feel a clean slate is needed as Wronghammer has been fun to document my baby steps back into gaming but i think i now am ready to do something with a more 'mature' outlook (who an i kidding?). I may still pop over here from time to time and will not be deleting this den of garbled bollocks but will be mostly focusing on decorating the new gaff.

So a huge thank you to everyone that has popped by over the years, given encouragement, had a giggle in the comments and otherwise supported my general twattishness. Please treat the new place as your own and feel free to continue in the same vein over there, your support and input is always greatly appreciated.......

Just one of those quick posts to show you what I have been mucking about with. But first (as is customary in these parts): 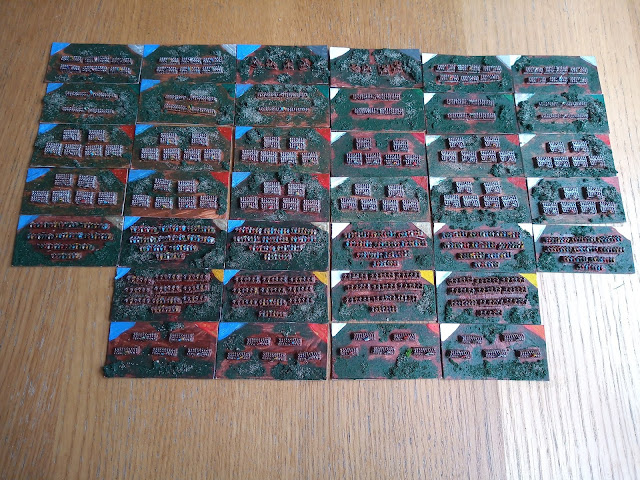 Ridgers and crimpers in perfect harmony (it won't last!) 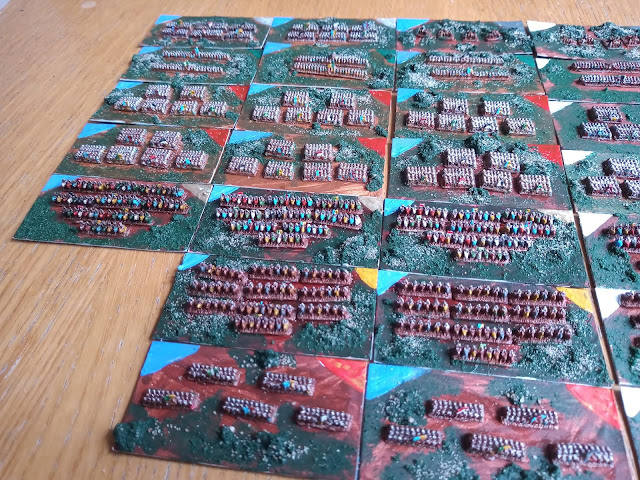 Ridgers arrayed to fight for the 'upper crust'!. 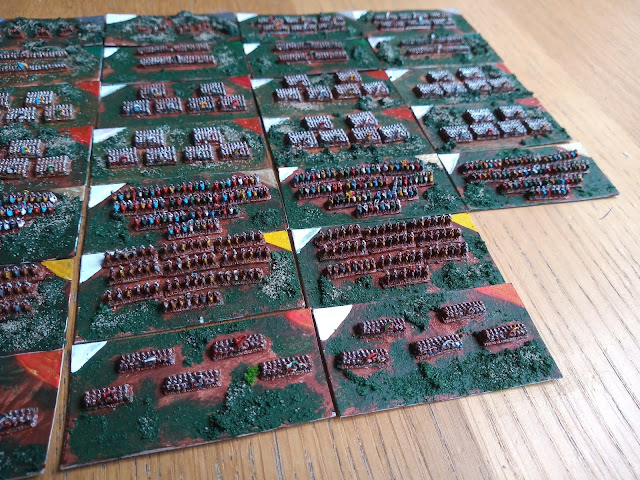 Crimpers ready to defend the 'side of crusts everywhere'!.

I have colour coded the armies and units to make them easy to distinguish on the table (they are bloody small). I can tell them apart due to the arrangement of the bases but if I'm doing battle reports I think the coding will help. I will explain all when I write up the first game (soon....honest!).

Also I received a nice new bunch of shiny miniatures for another planned campaign. 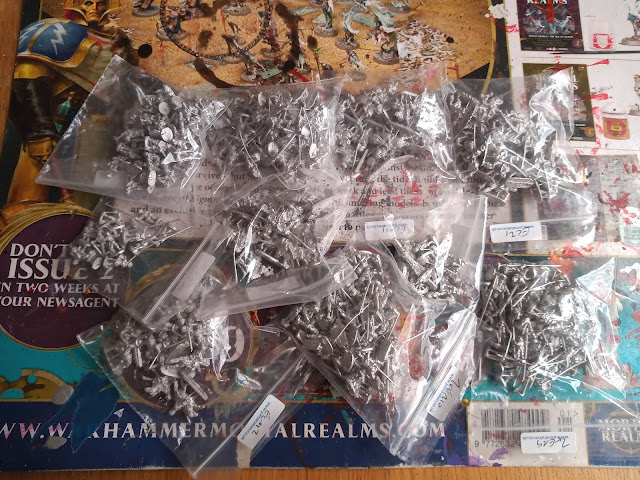 It's a shiny wonderland!!!!

It's a 'small' pile of 10mm Pendracken renaissance miniatures...I may have plans. I decided I could run my pastry based campaign while painting the above so I can seamlessly bounce from the conclusion of one to the start of the next....what could possibly go wrong?. Here's my first attempt at painting some of the above: 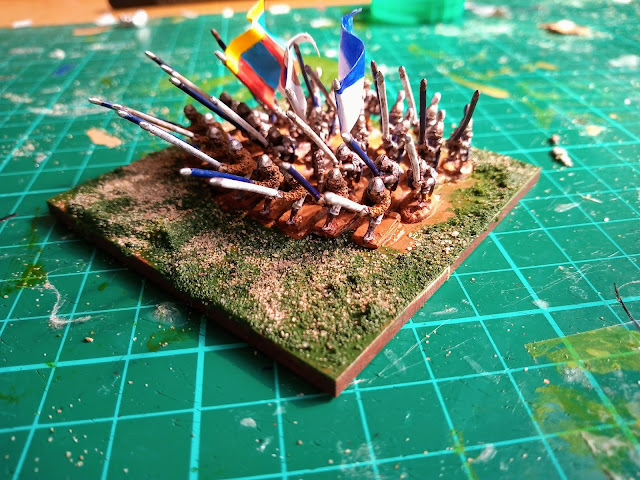 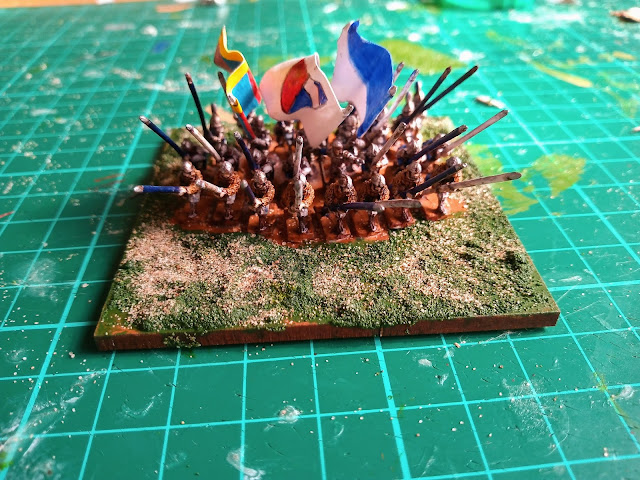 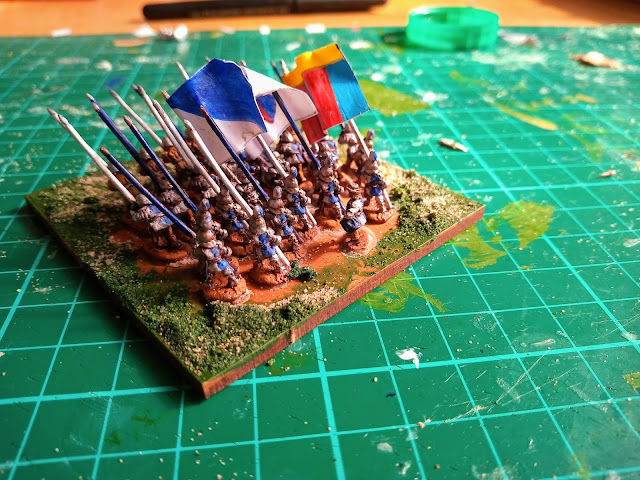 The flags are my first attempt at hand painted banners, I think they turned out ok (also you can hide mistakes by rippling them the right way to hide them!). Hopefully I will have some more units done for my next post......

I have to start this post by saying i have been a proper lazy git of late. posts have slowed to a trickle and i have hit a wall as far as painting and gaming motivation goes. I needed to find a simple self contained project to jump start my mojo that i could complete in a couple of days....which i did!. But before all that:

As i was saying i was looking for a project that would be quick and easy to get painted and as luck would have it the Scholar and gent that is Mr Maudlin Jack Tar had sent me some lovely 6mm undead miniatures, these seemed like just the ticket to get the juices (and paint) flowing and to give me my third force for my 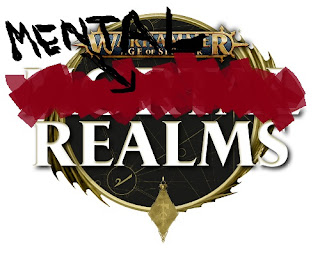 Project.  I decided to take some inspiration from my 6mm Bakshi inspired half orcs and use a very limited pallet of 'wrong' colours, in this case bone, grey, light blue and crimson, my thinking was to tie the two forces together so they can be used as a huge force together but be individual enough to face off if i fancy it. 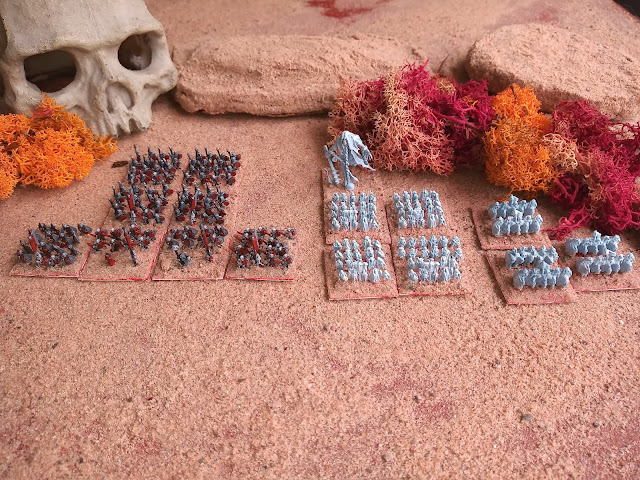 The force is split in two, in the left of the picture is some skeleton based grave fresh undead and to the right is a force of ghostly etherial nasties. 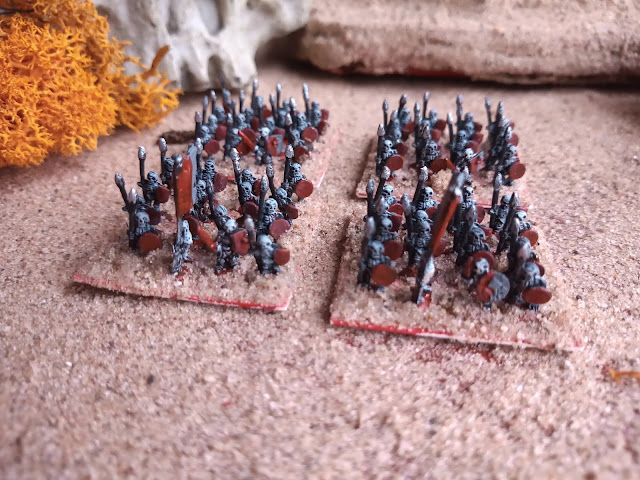 Skeleton spearmen. The spine of the force (sorry!). Im not sure of the manufacturer but they are really nice figures. 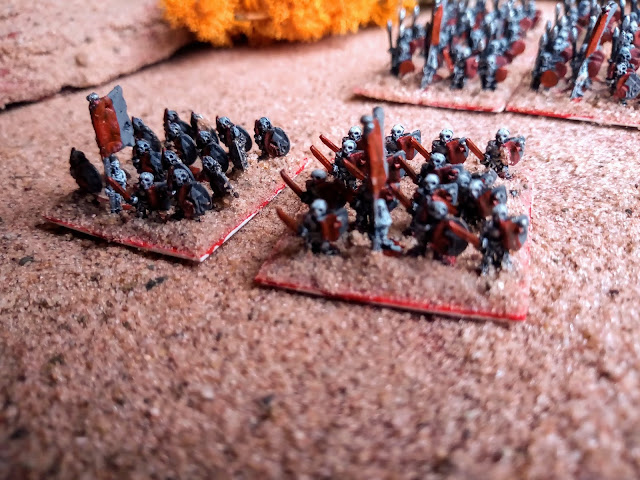 Some armoured skellies, again really nice detailed figures that were a pleasure to paint. 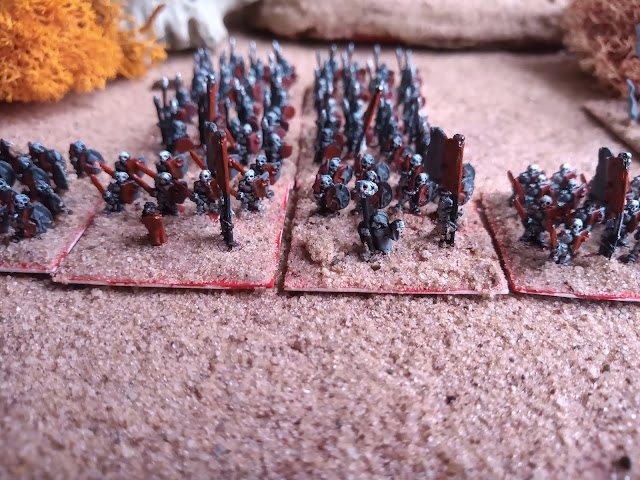 The force commanders. A Vampire on the left and Necromancer type on the right. 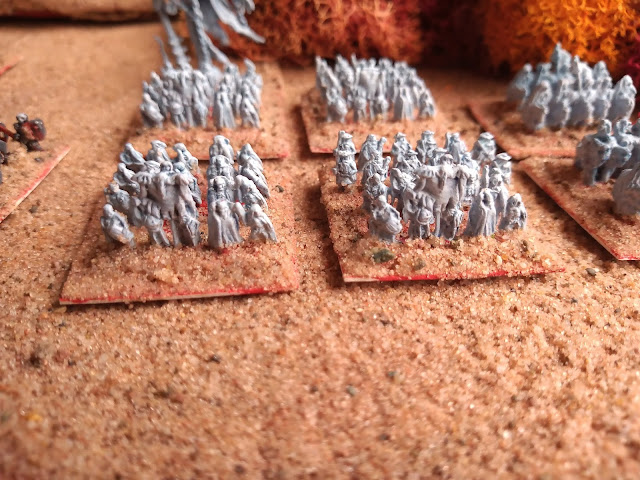 Ghostly infantry. All the ghost types in the force (with one big exception) are from irregular miniatures. I was planning to paint them in the same way as the skellies but the sculpts were quite hard to make out. Normally with the Irregular 6mm minis a dry brush or ink wash is enough to reveal the detail of the sculpts, however with these they were still a mystery after both!. I decided that the best course of action would be to work with the issue and and use the softer details to make ghosts. 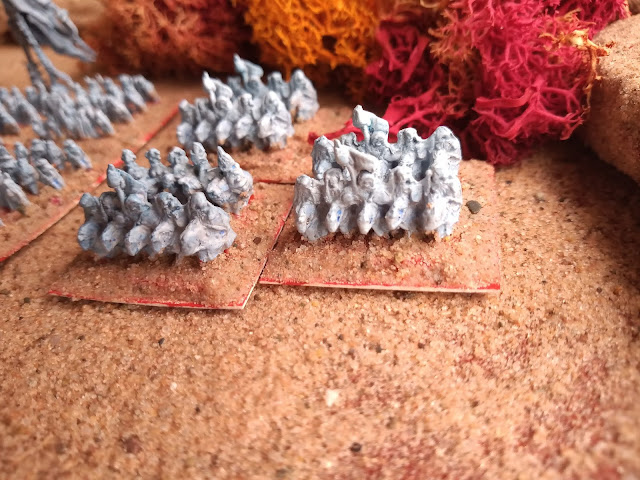 Ghostly horsemen. These should be fun to use (i reckon they should ignore terrain!). Again the soft detail lends itself to the theme. 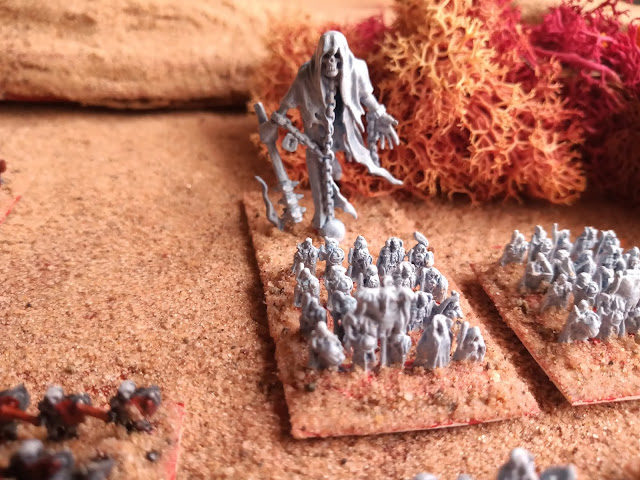 The giant ghost (on his day off from every 80's thrash album cover) is a G.W. miniature that i think fits right in with the small guys.

Having the force split in two means i can have the whole force on the table or use them against each other in smaller games. Also to fit in with the old school warhammer theme of the setting i can also use the ghosts as an Etherial hoast for some of the lawful forces i intend to build in the future. The option is also open to combine them with the orcs to form a huge evil army for BIG games. 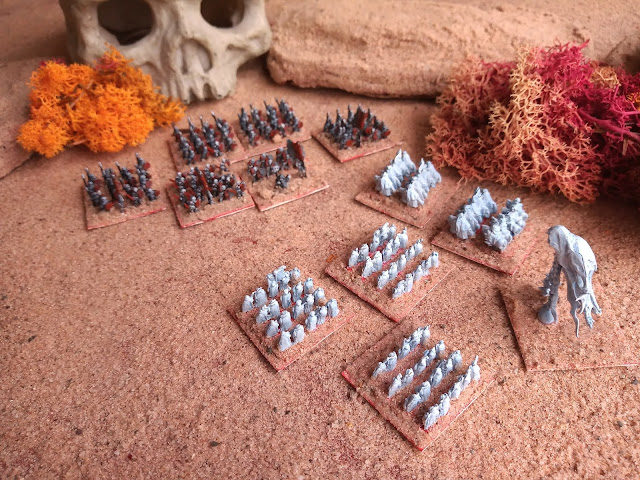 So thats the army pretty much done. I could do with making a command stand or two for the ghosts and maybe a skeleton giant would be good for the force too but thats something to work towards. I'm just glad to have broken my painting duck (i may have ordered a laod of 10mm minis for a new project so clearing the decks before they turn up will help justify my purchase!)........