I managed to sit down for an hour or so this luncheon (choice of word Sprinks, choice of word) And paint the 2mm minis I based up in my last post. 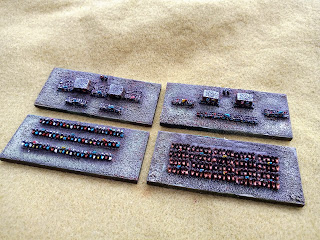 The start of the all new Royal Crivinshire army. 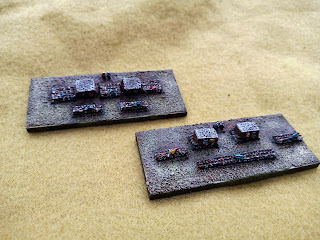 A couple of irregular foot regiments ( in the setting a collective of troops raised/press ganged into service by the same patron are called a regiment regardless of size)
. 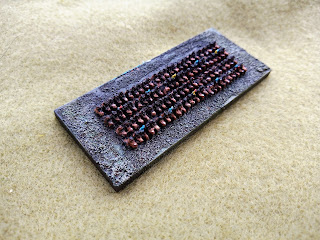 A regiment of common horse. 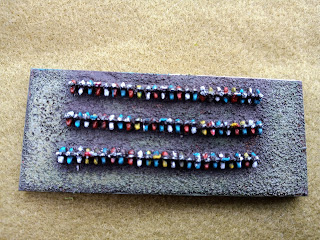 And finally the collected power of the Crivinshire nobility (some of whom I definitely did not accidentally glue onto the base backwards).

The bases are ment to be drab but look far more washed out in the pictures than they do in the flesh. I have tried to give the impression of the ground being churned up where the troops have marched ( or clippity-clopped) over it but I'm not sure how well this worked.

Right, now to order two armies worth of 2mm stuff!...