How not to organize national defence....a guide.

2 posts in one day, you unlucky, unlucky people!.

But as is tradition, first:

Sometimes you just have to stick to the classics.

So further to the post i did earlier today, and the few last week this is also to set up my upcoming (yet revisited) campaign:

Before i play the first battle it occurred to me that the ideas i had when building the forces for this landthatlivesinsidemyhead should be shared in order to give you some clue as to what i was on about. So without further ado here is a brief guide into the make up of a typical Olde Albilande army. 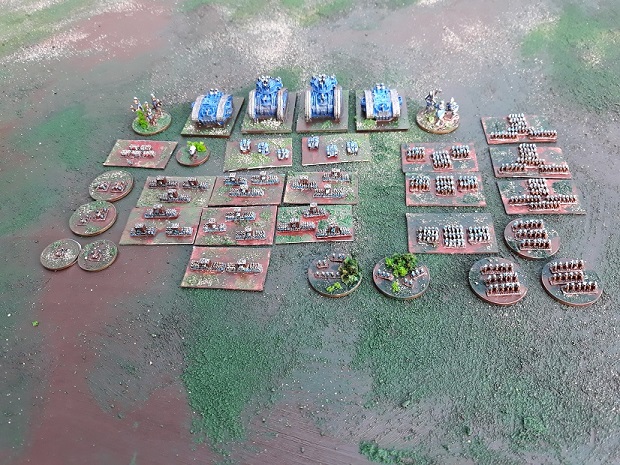 A typical (if large) Crivenshire force.

First an overview. A typical shire army is made up of mostly 'volunteer' troops banded together into companies funded and organised by the upper crust of that shire. In Crivenshire this is the lower nobility, engaged in a kind of 'my company is bigger than yours' battle, they often take the name of the bloke bankrolling them to further 'massage' his ego. In Tuttinghammeshire its often the local business community that build the shires defense forces, the shire being made up of four smaller shires (Tuttinghammeshire, Wazzockshire, Divertonshire and Lumoxshire) the name of that shire always features large on the banner. In Berkshire its local business again doing the funding but most often using them as a promotional tool (for example 'The 2nd 'makeyougo' laxative company irregulars). Ruckinghammeshire is slightly different as the 'firms' that control different areas of the shire also control the troops, they will bear the firms name and be representing them rather than the shire (e.g. the 5th Cripplem Firm legbreaker boys). These troops are often referred to as Irregulars due to their semi-professional status and differing levels of training, also because the the standing army are known as regulars, so the name irregular would follow. On the field most Irregulars form up as pike and shot troops, being the current military fashion, where they do try bless 'em.
Richer (or flasher) backers insist on fielding cavalry. The current fashion for which being mixed groups of pistol armed horsemen supporting close order lancers. The two working together to attack with close range shots to soften up the enemy before the lancers hit home. It is also quite common for a not quite so rich backer to create light cavalry groups, fighting in loose formation and using their pistols and carbines to harass the enemy before riding to safety. Some backers will even set up artillery teams, training them way outside town boarders ready to bring long ranged death to the enemy of the shire.

Alongside the Irregulars a small standing army of trained troops are always maintained by the royal family. These troops, known as regulars are proper pro soldiers, highly drilled and with nerves of steel. The various regular companies are revered by the locals, their reputation going before them. They are posted in barracks all around the shires to represent a reminder of the power of the king before the local lords. In battle the irregulars are bolstered by the presence of these tough, grim faced killers. In peace times they form a peacekeeping force and a back up to the local law enforcement types loyal to the king in each shire. Since the unfortunate events at Crivens castle the Regulars in each shire have found that the command structure from which they are organized no longer exists, meaning the regulars from each shire, being raised from local men have joined up with the local powers that be to fight for their cause in the coming war. In battle the regulars either fight on foot in well drilled pike and shot formations or as tightly ordered mounted lancer brigades, used as shock troops to smash the enemy lines.

Speaking of lancers it is common for the shires nobles and well to do types to have their sons and nephews trained as lancers. These dashing 'ego on a horse' types place their faith in a sharp sword, a well polished lance and fine facial hair to win the day (and the hearts of as many lower born girls as they can get away with bedding before a scandal is caused). On the field they are employed as line breakers and shock types, charging into a hail of enemy lead with  lances dipped and a devil may care attitude!.

Ever since the times before its settlement and subsequent civilizing the land of Olde Albilande has been home to a race of giants. Most of these huge but slow witted creatures were hunted down and killed by the early settlers but some survived, mostly in the most far flung and inhospitable areas. As the shires grew and the need for beasts of burden grew the giants were lured back to dwell with humans and to fill the roll in many building and agricultural projects. Now giants are common, working on farms and in towns, although they are not allowed the same rights as normal humans. They are also valued in the less savory industries as hired muscle and 'bodyguards'. The shires often field small groups of giants as line breakers and tank busters, their great strength, natural good humour and capacity for alcohol consumption  making them surprisingly good soldiers.

In recent years warfare has been revolutionized by the invention of the tracked arsehole neutralization kontraption (T.A.N.K for short), which have been mass produced by the Pike company of weaponsmiths. The new tech utilizes the new fangled steam engine designed by the (some would say mad) genius Leonard Dubruinvinchi and has been said to be the future of warfare. The Pike company's patented line has been rolled out across the shires and although largely untested have proved popular. One small issue has been in the make up and training of crew forcing some large scale changes to the t.a.n.k.s design. A crew originally comprised of a number of Drivers, gunners, loaders, stokers and general mechanical types as required for the machines size and roll. However after the formation of the tank crews union the crew have grown to include a union rep, health and safety staff, fire safety officers, first aid teams , H. R. departments and at least one fully functioning staff canteen. Now all shires field a small number of these land ships within their forces. At present the designs available are:

The Stifferiton Stoat
Another small tank but slower and heavier than the ferret. Used to hunt harder targets and support infantry the Stoat is often used to soften up the enemy before the lines clash.

The mk2 Wollabridge Whippet
The whippet is a large t.a.n.k. used for transportation of troops and close support. Its large engine helps it traverse any battlefield at a fair old lick and its large capacity allows even large troop formations to be rapidly redeployed. The Huthforde Heifer
The big boy of the range the Heifer is designed for firepower and stickability. It is far from the quickest but its thick armour and huge arsenal of weapons make it ideal for armour busting and troop support roles. 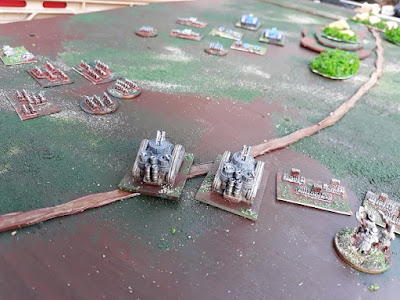 A pair of Tuttinghammeshire Heifers

Air Support is the most recent and fashionable aspect of warfare in Olde Albilande after  Dubruinvinchi perfected his design for the 'air ship', consisting of a massive armoured balloon filled with rather volatile gas driven by an over sized version of his steam engine. These machines are capable of transporting troops around the field as well as filling the role of mobile firing platform when required. 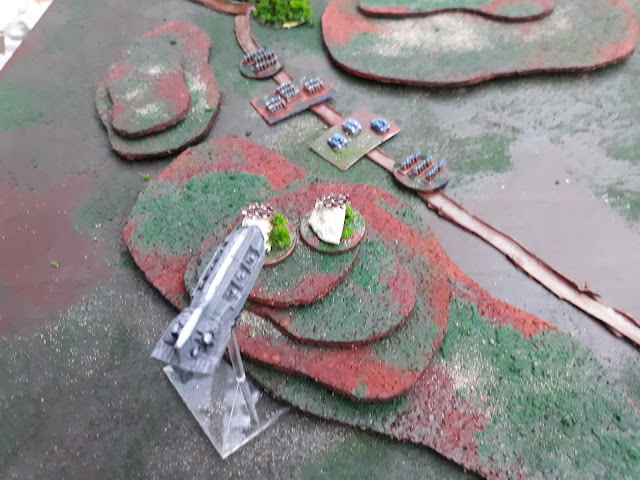 These are the forces fielded by most of the shires. There is some deviation in Ruckinghammeshire and total deviation in Lamavic but there we go. Each shire also contains some troops unique to them which will be explored at a later date (when this 'writer' can be arsed). Hopefully now when i start banging on about whippet deposited irregulars with mobile stoat support it will make a little bit of sense!. Now, on to the battle!.......