Just a little ditty to set the tone

Well it has to be said that things have been interesting here at chez Sprinks to say the least. Sprinklings 2: Son of Sprinks and 3: The Revenge have seen a huge spike in their Tourettes symptoms, so much so that both now hit, kick, throw and swear compulsively and in the case of Sprinkling 2 have tics in their legs that mean they require a wheelchair most of the time. To top that off the amazing Mrs Sprinks is having considerable back troubles meaning she is also struggling to get about. However we are muddling through and the kids are taking it in stride as much as possible so it could be worse.

But on the bright side I have finished my 10mm not Mongol army I mentioned Here.  It seems like a trivial thing with everything else going on but it's been surprising just what a great refuge a few hours hobby time can be 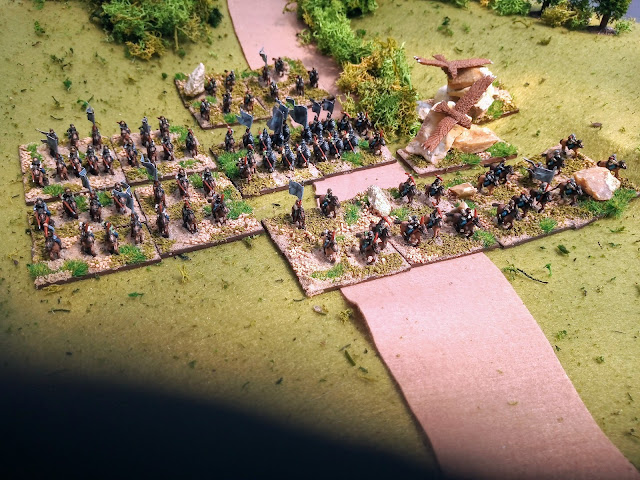 The Bastard sons of the most black'ed Crow ride out to commit some form of dickishness or other!.

They are a much feared gang of inbread raiders, excelling in ambushing and riding down trader caravans, trafficking contraband, raiding isolated settlements and providing mercenaries for anyone that needs them (and can stomach having them around). They are expert scavengers motivated to feed their greatest and grossest habit, that being the consumption of human flesh which takes on the center of their disgusting religious customs. The Sons are one of many such groups across the wastes that form an uneasy network to swap information and trade stolen goods and captives. When threatened the groups band together for mutual protection and can form an impressive and powerful army...if they can work together long enough.

My basic idea for the theme of the army was basically a medieval fantasy version of the classic American biker gang, but if they were cannibal rednecks. Sort of Sons of Anarchy meets Sawney Bean with a hint of Deliverance and the hills have eyes chucked onto the mix. 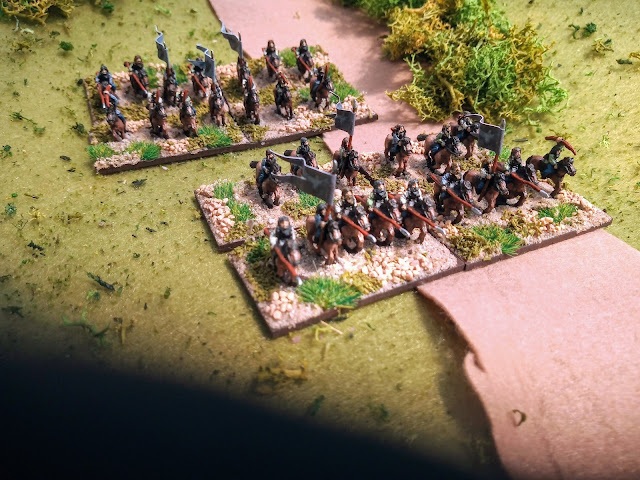 2 units of veterans, mixed Lance and bow to follow the Mongol list I'm using as a base for the army. 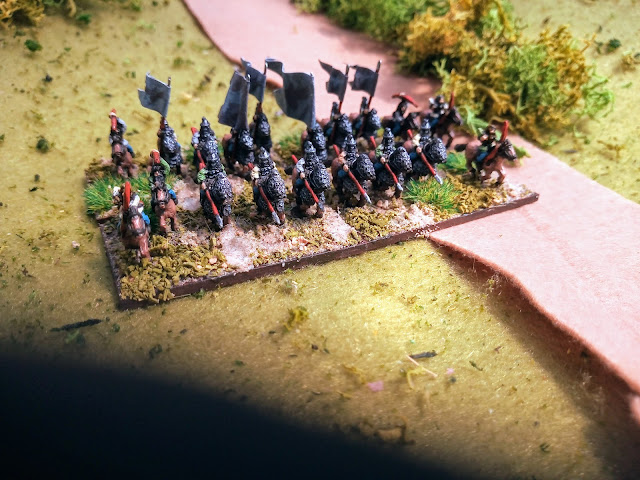 The army's nobles. Heads of the extended family that is the Bastard sons. 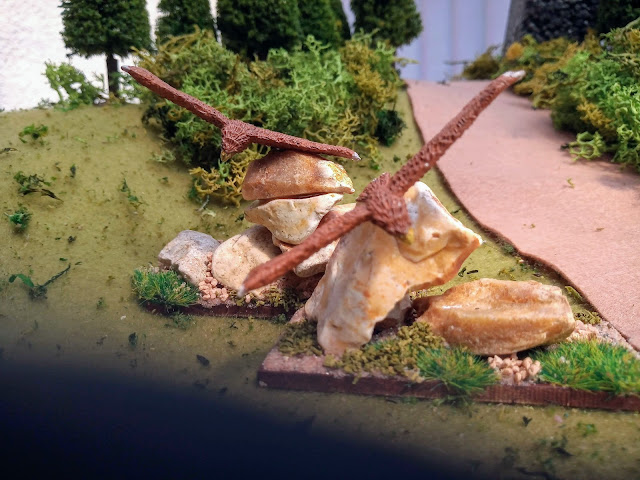 A couple of wasteland great eagles raised and trained from chicks by the sons. Most people think these creatures are noble and majestic beasts, however all dwellers of the wastes know them to be pricks. The eagles are used by the Sons for scouting and tracking potential pray.

These eagles came from a job lot of painted bits off of evilbay, I just based them.

The army is now in a playable condition, I do have extra units of light and veteran horse waiting for paint but I have the required 8 units so I'm calling them done for now. 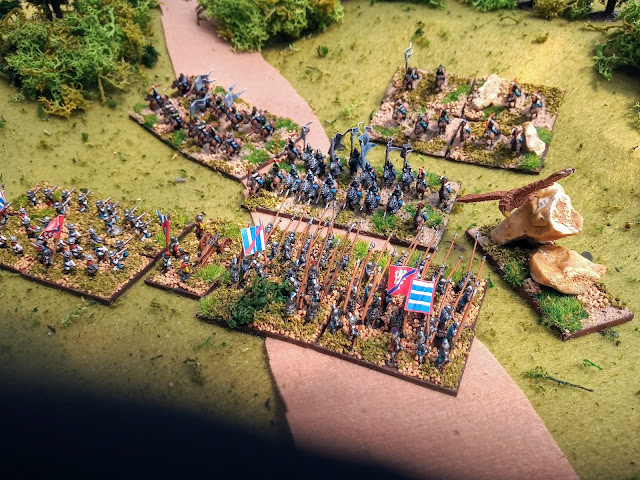 A Burgundian force attempts not to be eaten by horse riding wasteland loonies.

If you are wondering why the pictures have an odd black shadow in the bottom corner it's because it turns out I can't be trusted to keep a phone in one piece!.  My device took a nose dive while I was completing some basic household chores and the screen and camera lenses seem to have lost a few hit points in the process. Hopefully I will have it sorted by my next post.