Grimdark potato men of the apocalypse

My last post was in October. This will not do.

I included the above as my hobby activity tailed off rather dramatically at the end of last year. The whole year, well specifically from may onwards was what can only really be described as shite, a bag of to be precise. It began with Sprinkling 2: son of Sprinks tourettes symptoms going utterly Tonto overnight, cue one manic phonecall from her indoors and a mad rush home to help and the tone for the rest of the year (and as it seems the foreseeable) was set. Dealing with the emotional fall out, the British medical system, the schooling system and working full time has rather taken a toll on the family that has made toy bothering rather less of a priority. However...

It is also a very welcome distraction in all this and I haven't been totally away from the brushes. I have been daubing around the periphery of a 10mm ancient British force as well as trying to pluck up the motivation to start my 10mm halfling drug cartel for fantastic battles (it's a good idea, honest!). But recently my head has been very much turned in a more... vegetably direction: 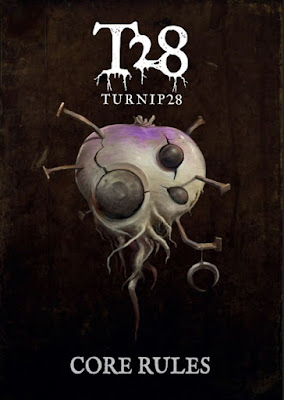 It's a game of Napoleonic post apocalyptic warfare on a proper grimdark setting...with vegetables. If that doesn't hook you nothing will!. You can download the rules for free here (Turnip28 rulebook). And I encourage you to do so. The game has a very small model count and troops are made by kitbashing any bits you fancy up to and including from the Napoleonic period. Crossed with veg. (Read the rules, it makes sense honest).

I ordered a few sprues from the bay of E and set to knocking up a few bits and bobs: 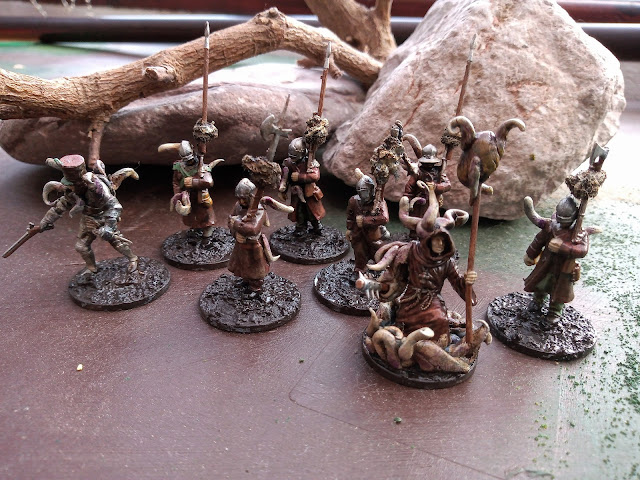 The first members of the 14th East Splaffington irregulars, aka the Spud-U-likes.

I took my inspiration from the idea of seed potato roots sprouting from my troopers, hence the thick 'eyes' on them. 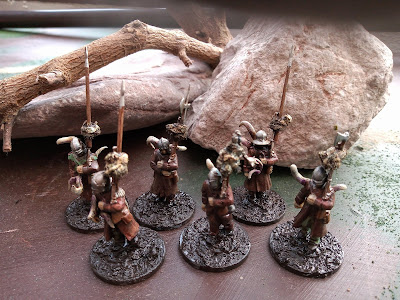 A unit of Brutes, big, dumb close combat thugs, as in the setting everything is run down and broken I decided they would fix melee weapons to old muskets with rope and roots, however being a bit slow they would just bung another layer on when things got loose hence the 'birds nest' type fixings. 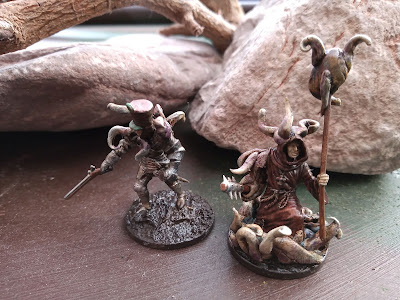 A force is led by a toff and his toadies, above are my toadies all riddled with roots and mucked up good. 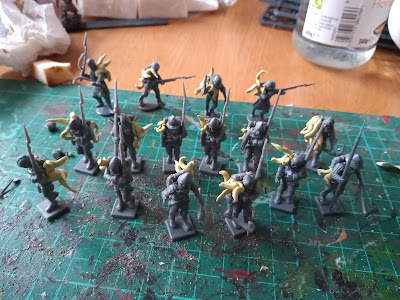 I have gotten rather into this so have two more units ready for priming. More of these soon.

Anyway that's all there is to report for the moment, hopefully this year will see a bit more hobby activity but my breath is yet to be held!.