I finally managed to get the half orcs table ready!. But first:

An album about town planning.....perfect!!.

Those of you that read my last post will know I am working on a new project, namely building some old school Warhammer inspired armies to do battle in the purgatory for cast aside i.p. known as the: 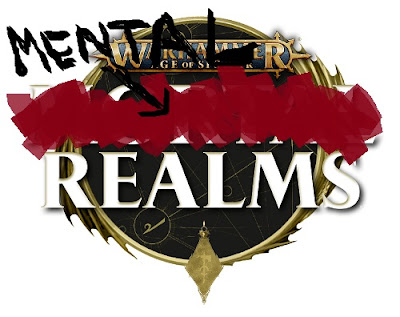 Who said 'cease and desist order?'.

The plan is to build some of the less loved early Warhammer forces that fell away from the official canon early on. I will be using 1st to 3rd edition material for reference for the project but will be putting my own spin on the forces. To populate the

(Might as well get some milage out of this it took all of...oohhh 10 minutes to make!.)

I am using 6mm miniatures from irregular miniatures, I have spoken about the charm of these minis enough so I won't bore you all with my thoughts again. 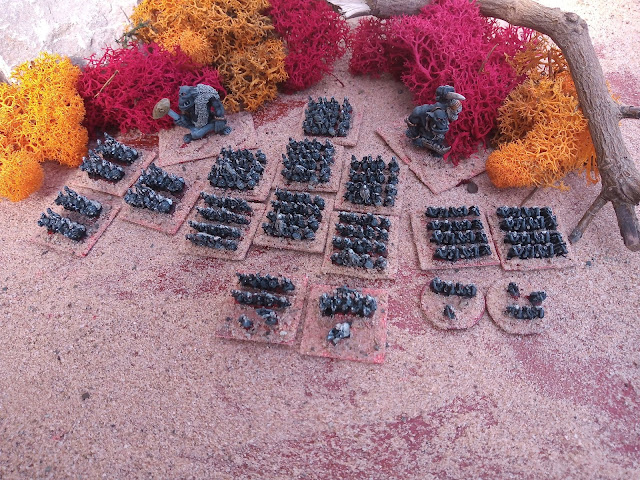 The force as it stands.

As I mentioned in the title the colour scheme is inspired by the orcs in the 1978 Ralph Bakshi lord of the rings film and is a unified 4 colour scheme which hopefully gives the impression of the film's bad guys. 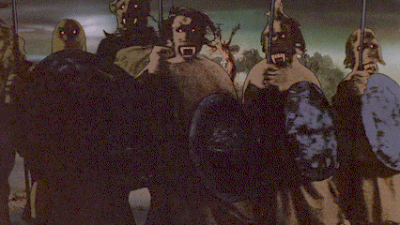 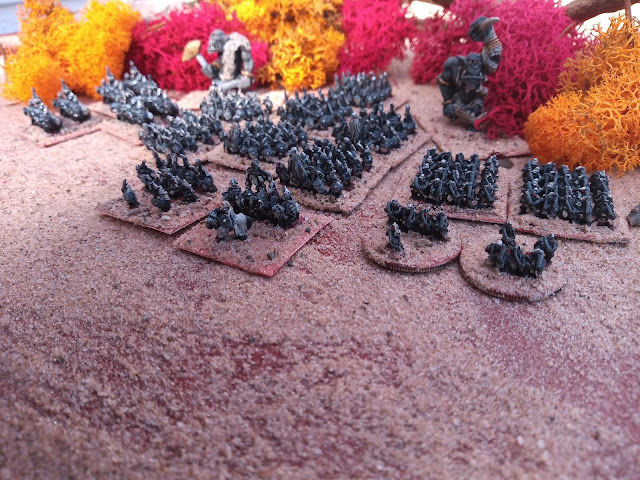 One of the important things I wanted to do was to base the minis to look like a Warhammer army hence the square ranked units on each base. 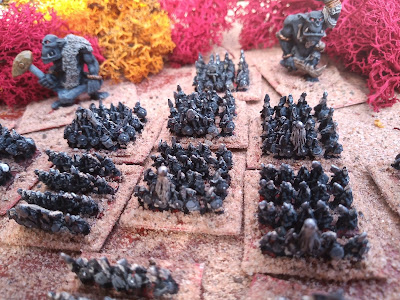 A close up of the army's infantry core. 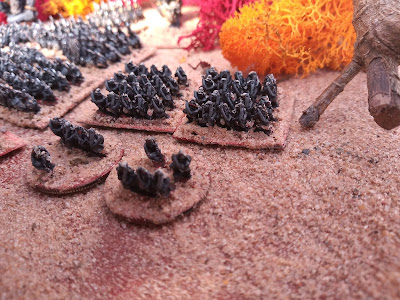 The missile lobbers, skirmishers on round bases. 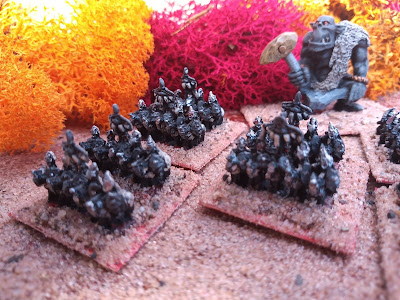 The cavalry units, these would also work as chaos thug horse. 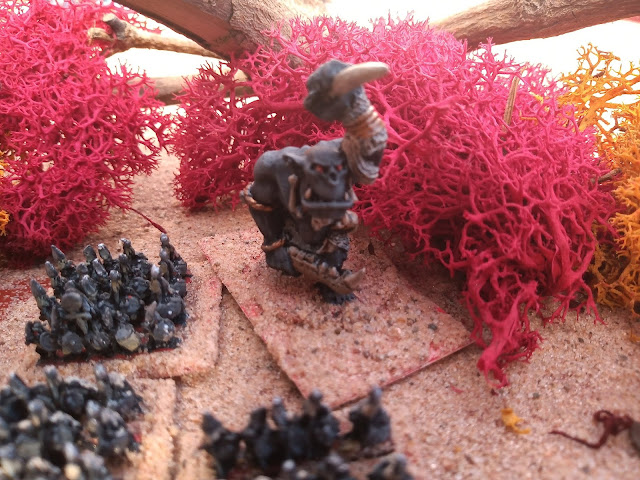 ('They have a cave troll....or two), both the trolls are old g.w. savage orcs, which seems appropriate given the 'warhammeryness' of the project.

The idea for the project is to use 'wrong' colours for the forces which is why they don't look 'g.w orcy'. I may implement the four colour scheme on each army to tie them together because I have to say I rather like it, I will have to have a play to see what I can do. Next up.....well, I have 3 armies in the house to paint up over the course of the lockdown, which if nothing else will help keep me occupied and the family Sprinks' sane.

Also I have noticed during the lockdown some people are meeting on Skype for a beer and a chat to keep the boredom at bay. Anyone fancy a group 'bloggers meet' while we are all cooped up?, could be a laugh, pop your hand up in the comments if you fancy it and we can arrange something...