Having painted the last of my pike units  I finally managed to finish painting my 10mm Swiss army. 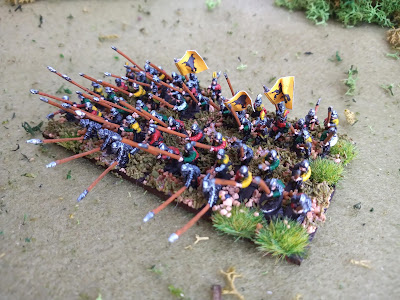 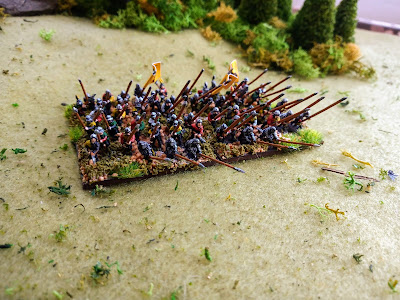 This unit brings the force up to seven units. The rules I am using requires army's to be eight strong (Ancient and Medieval wargaming by Neil Thomas), however the Swiss have been so good at stomping the opposition even when understrength I think another unit would be a tad too much. I have a unit of hand gunners to make up the full force but they can wait for now.

In the rules the Swiss are allowed to double up their units of pikemen so I kept this in mind when basing the units. Here's the above unit combined with a unit I put together to be their rear ranks. 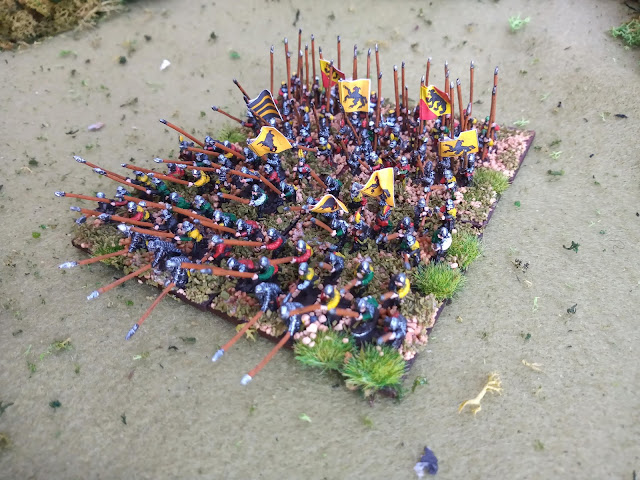 So that's another project done and (almost) dusted. Cue the whole army photo. 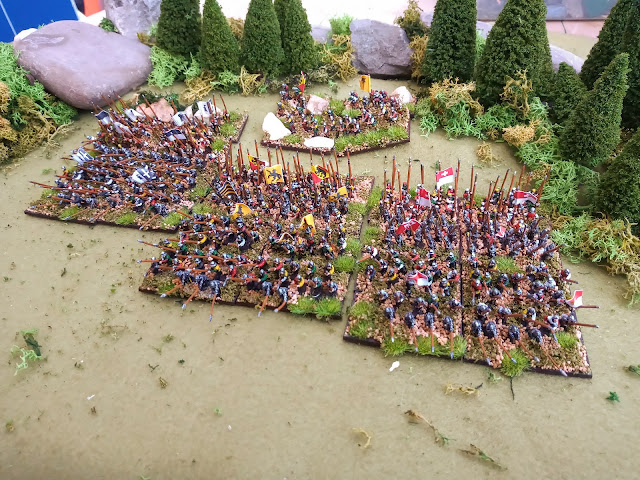