Having given Fantastic Battles a go and having come to the conclusion they are pretty darn good I decided to paint up some command bases for my multi-based forces that up until now had none. Commanders are really important in the game, the loss of them can pretty much doom your army to nuckleheaded movement and sad, sad (and kind of funny) defeat. I intend the commanders to be used for my 10mm fantasy forces. 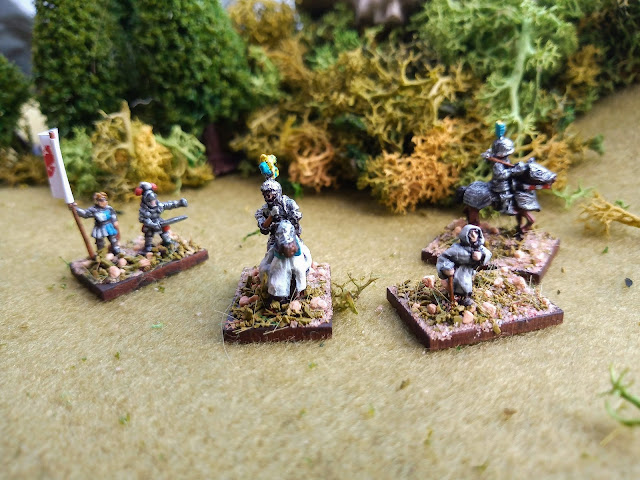 First up are the commanders for the Iron Badgers mercenary company 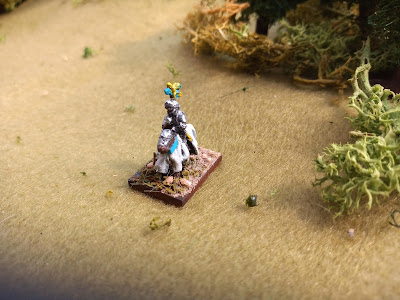 General Welchingtonne, leader and founder of the (in) famous Iron Badgers. The 3rd son of the Earl of Welchingtonne, he is a born soldier and leader with very little patience for anyone he considers below his station. 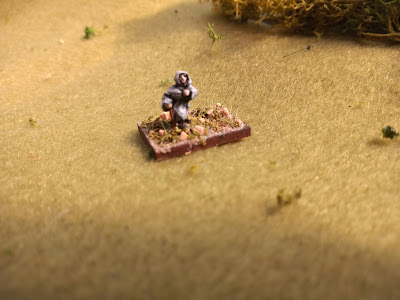 Brother Glover, the company record keeper, padre and magic user. He never intended to join a military unit of any type, he just woke up one day in a tent belonging to the Iron Badgers after a legendary 5 week bender and has no idea how to get home. He's not even a priest, he was just wearing the cassock when he awoke. His real names Gavin...he thinks. 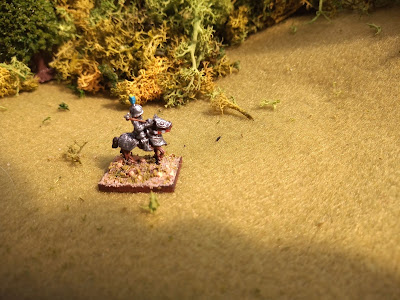 Captain Spalcher is the Generals right hand man and the company 'beating a man half to death for no particular reason' champion. By a country bloody mile. He is a naturally cold, hard man who has found his true vacation and plans to stick to it. 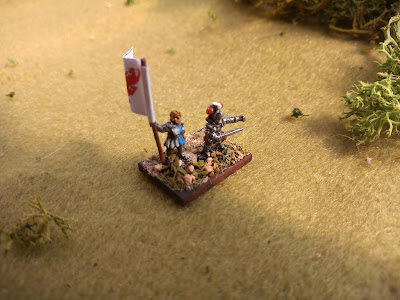 Sargent Gifford Tappitsworth is best known for his calm, encouraging leadership style and easy manner on the battlefield. Often he can be heard geeing up the troops with phrases like 'oh come on lads, we're only outnumbered 6 to 1, we've had worse', or ' Don't just stand there, the gigantic and very angry fire breathing dragon won't kill itself, get stuck in!'. The rank and file think they like him... 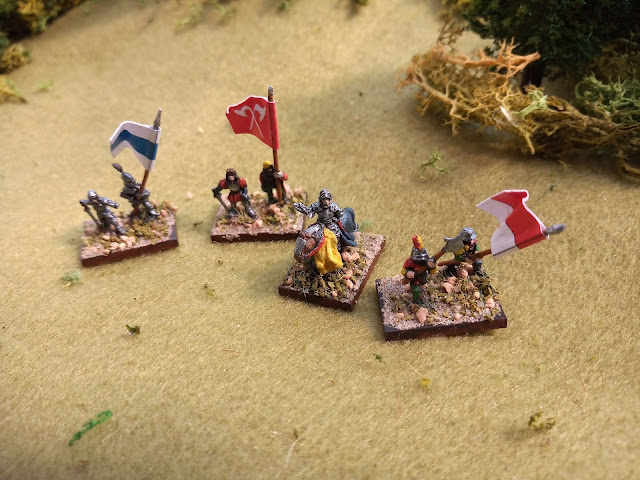 I also painted some commanders for the press ganged troops of the towns on the border of the wastes which have now been taken over by the Badgers. 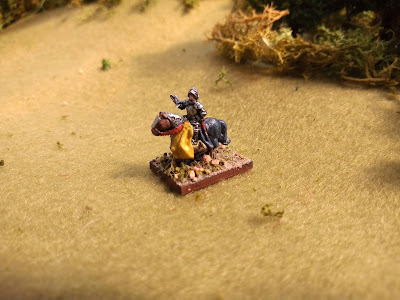 Mayor Duckett, leader of the town of Wayward-Nowhere, the largest settlement bordering the wastes  He is a stickler for detail in all folk he deals with, even if he does often have half his breakfast down his breastplate. 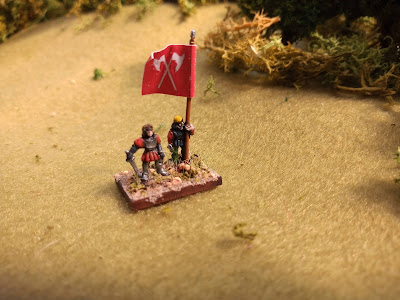 Sargent Digby 'red fury' Dibbleswort, scourge of the wastes, or so he tells everyone. Basically he has a bit of a temper and thinks it's some kind of virtue. 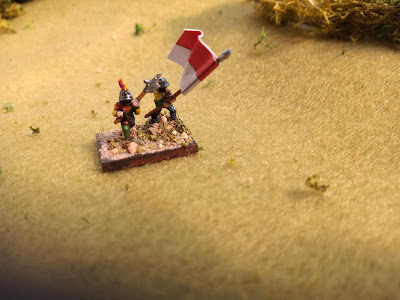 Corporal 'tally ho' Wilkinson, currently in command of the border town of Spillin-Over (population 76). Has a can do attitude and can't get on with those that don't. He tends to lead from the front, normally because most of the lads know they can push him out ahead to attract arrows. 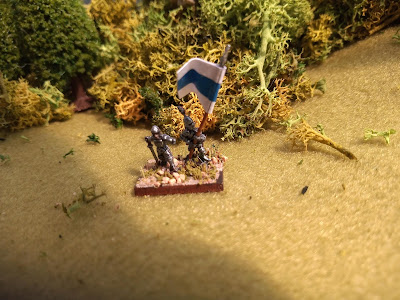 Sheriff 'Sparrow Hawk' Callhoon, Meanest lawman in the wastes. Known for being hard but fair. I.e. he always works hard to prove his targets guilt once he's decapitated them. In fact it was his creative police work that got him transferred to Wayward-Nowhere in the first place. 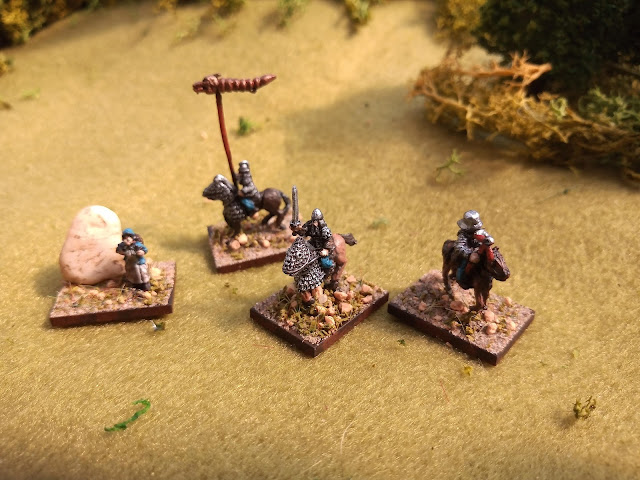 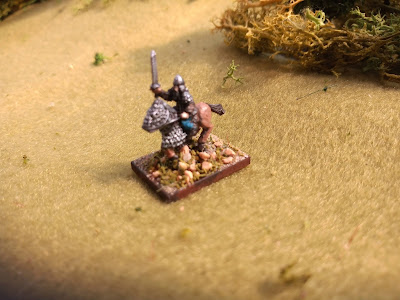 Ol' Papa Crow is the devious patriarch of the Crows, ruling over his extended brood with an iron fist. 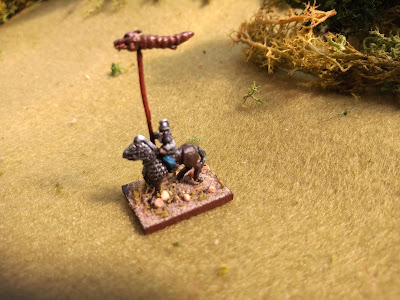 Big Bear Crow, current bearer of the Crows whistling totem known as the 'dinner bell'. He is the largest of the gang, it has been rumoured he ate a whole Ogre in one sitting , making him a legendary figure among his peers. 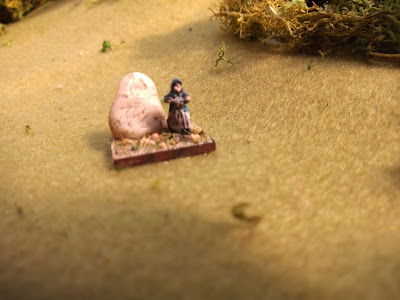 'Dirty' Ma Crow, witch of the wastes. Ma is not really a member of the Crows, although she is believed to be the mother of more than a few of them. She lives away from the Crows, traveling where ever her gut takes her to sell her various cure all's and potions to travellers and outlaws she encounters. She also serves as Papa Crows eyes and ears in the wastes,  settlers that get a visit from Ma can expect the Crows to not be far behind. 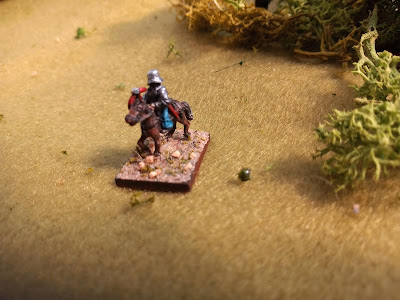 The black Weasel, outlaw, outcast and all round git. the man known only as The Black Weasel has been exiled to the wastes for years. He was Chased to Wayward-Nowhere after he pushed his luck too far in proper society and was chased from there by Sheriff Callhoon shortly after. He was found half dead and definitely mad by the Crows and was spared the pot as he convinced Papa he has inside knowledge of the border towns that could prove useful...