Q) When's a Mongol not a Mongol?

A) When he's a Bastard son of the most black'ed Crow.

I feel I should clarify. Having finished my 10mm Swiss and Burgundian Ordonnance armies i fancied putting together another force, mainly to give the Swiss steamroller a challenge. So looking through Ancient and Medieval wargaming by Neil Thomas to search for suitable opposition I stumbled soon the Mongol list. Loads of missile horse and nippy lads to stretch the Swiss line and evade their doubleduppikeblocksofdeath However, the spirit of historical accuracy reared its head and I must admit to being pretty sure the forces never actually met (I could be wrong but the map of the world would point to it being unlikely). However I really wanted a speedy force of horse botherers. So the answer seemed simple. Invent a fantasy army!. 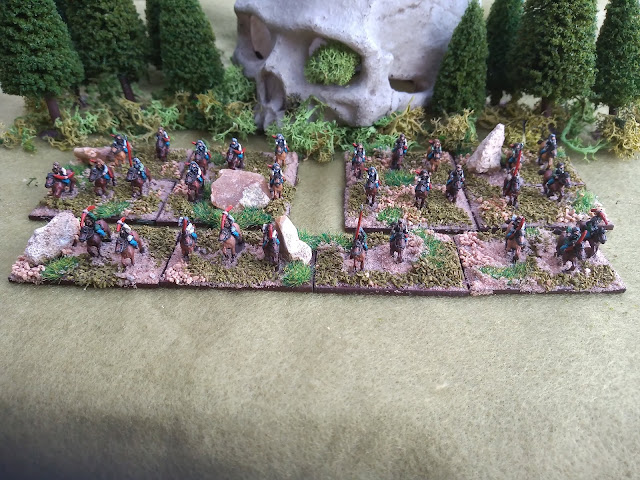 Introducing the first batch of units for the Bastard sons of the most black'ed Crow.

I planned to collect some fantasy forces in 10mm eventually so why not build one using the Mongol list as a base?. In my head they are a mash up of modern bikers, waste land barbarians and backwards rednecks. One of many tribes (or are they extended family?) that infest the wastes running contraband, raiding isolated farmsteads, protecting their 'turf' and engaging in all other brands of banditry. 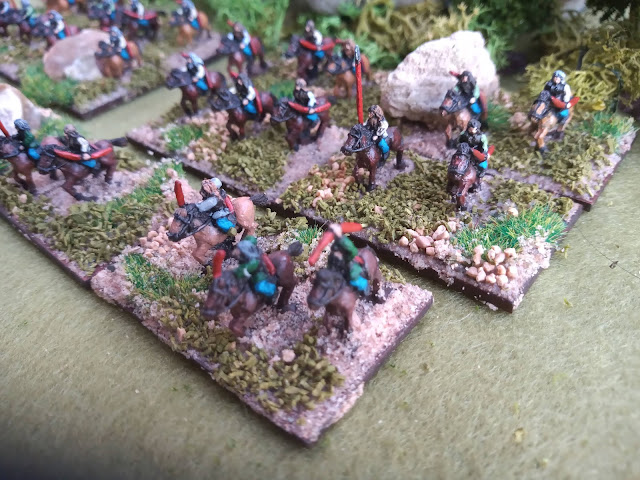 They are pendraken sarmatians painted with modern day biker gangers in mind, hence the attempt at black leather waist coats and blue jeans on all the models. I painted the bows and banner poles red to contrast the brown horses and also as a nod to early 90's G.W., I've decided the tribe use the natural materials of the wastes so carry bitchwood weapons. 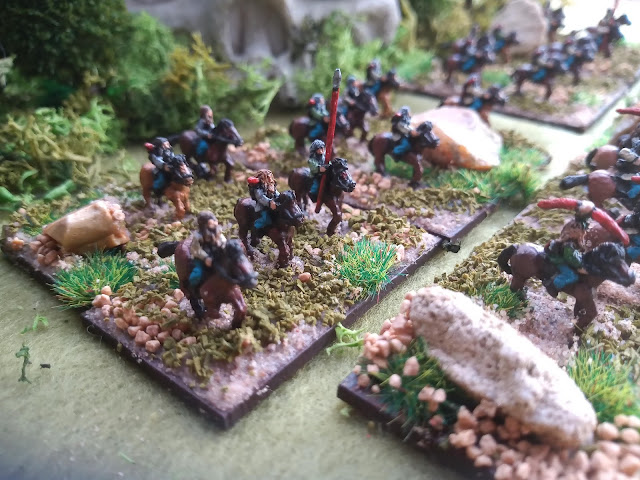 Another reason I wanted to do an all mounted force is because I have an aversion to painting horses, so doing an army full should be a suitable 'kill or cure' remedy for my issue!. I just need to work out what I'm doing for banners and I should be able to crack on.

Also I was looking through some old miniatures and came across my 12mm kallistra Medieval armies, which were one of the first painting projects I completed a few years back. I plan to use them to build some retinues for an upcoming project. So I decided to strip and repaint a few to see how they clean up.

I painted a few horsemen and decided to compare them with some of my earlier attempts. 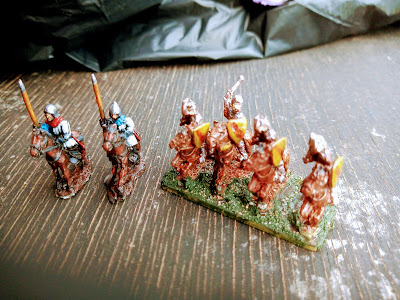 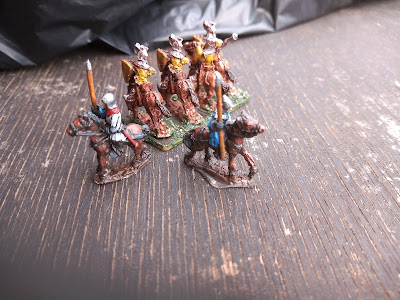 Hopefully you can tell which ones I have just painted!. The point of this I suppose is that although I'm an averageatbest painter I was surprised how much progress I have made in terms of my painting style and general standard of my attempts. It's easy to feel like you aren't getting anywhere but by comparing these paint jobs I can see I have improved and be pleased with the progress I have managed. Give it a go, you will surprise yourself.